My Trip to Italy and Sicily 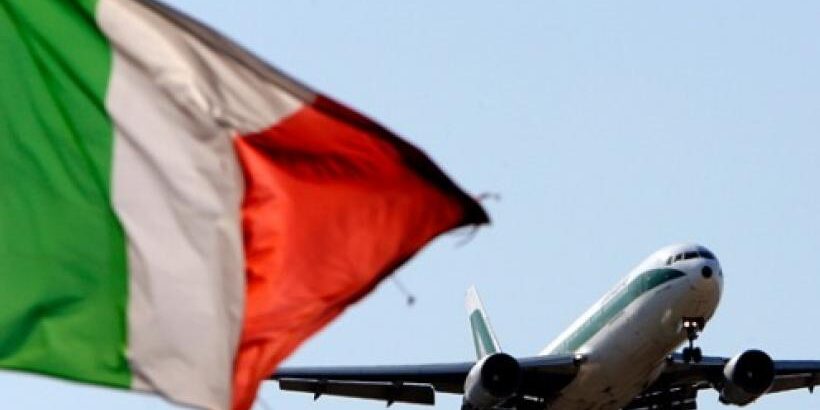 My Trip to Italy and Sicily

In July 2000, I had the incredible opportunity to take part in a short documentary for the Ellis Island Foundation. They had recently built The American Family Immigration History Center TM, where visitors can use interactive computer technology to find the immigration records for their ancestors who came to this country through Ellis Island (formerly called Castle Garden) between 1820 and 1957. The film gives examples of how people of six different ancestral backgrounds have done their research, what documents they have used, what successes and failures they had, and in some cases like mine, the film will show a reunion with family members in their native country.

I was lucky enough to have my family’s story chosen. After so many years, they are no longer using the video (as far as I can tell) but here is a day-by-day account of our incredible journey to Italy and Sicily!

We had a long day of travel going through four different airports before arriving in Milan. We rented a car and drove to the hotel in Legnano, where we met my cousin Joe who had flown in from New York to take this journey with us. We then rushed out to meet my Internet friend Mauro at the Santa Maria delle Grazie Church in Milan, where Leonardo da Vinci painted The Last Supper on a wall in the year 1495. Words can’t even begin to describe what it was like to see this famous painting in real life. After this, we walked over to the Duomo, the massive cathedral in the center of Milan, and then to the Galleria Vittorio Emmanuel and the famous La Scala Opera House.

For dinner, we went to a little restaurant where we sat outside. We had antipasto (salami, cheese, olives, prosciutto, melon) and then pasta, and then a delicious dessert…Plus wine and a drink called Grappa, a very strong brandy, sometimes 120 proof. It was a wonderful end to a very long day! The next day the film crew met us outside the hotel and we drove to the home of my cousins, Giuseppe, his wife Teresa, and their daughters Barbara and Katia. Giuseppe’s mother and my grandmother were first cousins, but neither knew of the other’s existence. It was so wonderful to see everyone! I brought pictures that my grandmother had in a shoe box that said nothing but “my cousins in Italy”. I am happy to say that I now know who is in just about every picture and I have even met some of the people in them! We went to the town of Arona, on Lago Maggiore, a big beautiful lake in their area.  We could see Switzerland from where we were, as this area is not that far from the border. And then we visited extended family—to the home of Filippo (Francesca’s brother), to Francesca’s house, to Piero’s house (Francesca’s other son). They all have lovely homes and are wonderful people. We felt very honored to be so welcomed by everyone.

We returned to Giuseppe’s home for a massive feast with the windows open wide, a lovely breeze, and all of us sitting around a huge table. It is what I have always dreamed a big Italian family should be, what my grandmother must have experienced growing up, and one of the things I wanted to experience. There were about 15 people there and it was terrific! After dinner, Piero (Francesca’s son) brought his wife, daughter and 2 sons over and we enjoyed getting to meet them. It was one of my very favorite parts of the trip, everyone being together, one big family. We were having so much fun, I didn’t even realize it was almost 11 pm at night, and we had a 9 am flight to Sicily the next day!

Up early and on the plane to Palermo. Sicily is beautiful – mountains, arid climate, not a lot of trees but oleander bushes blooming everywhere, palm trees here and there. It reminded me a lot of Arizona/Grand Canyon area. They had crops growing in neat rows right up the sides of the mountains. We rented a car here, a Honda Civic station wagon actually, and boy did that little car get a workout! David is a wonderful and skilled driver (thank God!). The rule in Sicily is this: when you come to a corner there are sometimes no stop signs (if there ARE signs, who cares?!) so whoever has the biggest car gets to go first. And on the main highway (like our turnpike or expressway, but with no lines separating the lanes) we were going about 145 kph, which comes out to about 95 mph. And the speed limit there is about 120 kph, which is about 70 mph, but no one seems to care, just like in America! We checked into the hotel, and went for our 2 o’clock appointment at the Ufficio Anagrafe in Misilmeri. This is the Civil Records office where I had been sending letters requesting information. When we arrived at the Civil Records office, they had a whole reception waiting for us! The mayor and cultural director were there and gave a speech welcoming us. They had a buffet of the typical food of Misilmeri (little bitty round pizzas, round fried rice balls called arancine (sort of like a Cuban croquette but with rice, tomato sauce and peas inside), fresh cheese, seafood, wine, caviar, and lots more…of course all these things have Italian names, but I can’t remember them) the mayor presented us with huge flower bouquets. it was incredible.

I couldn’t believe it. First, let me say, I think I am literally related to half the people (if not more) who live in Misilmeri. I got some new information while there, and got to see the actual handwritten documents from the 1800’s!!! The mayor said that in the early 1900’s so many people from Misilmeri traveled to America, that almost everyone there has relatives in America even now, so they consider America their second country.

While in Misilmeri, one of our newly discovered elderly cousins (about 80 years old!) on the Schimmenti side asked about our other family surname, Aiena. He became very excited and made us walk down the street to a home where we were introduced to a niece of my great-grandfather Giuseppe Aiena that no one (in America) knew about! Just incredible! Also during our time there, I was showing everyone the pictures I had found in my grandmother’s things, hoping to discover who was in the pictures. One picture in particular was of a young man, about 18 years old, in a military uniform. The 80 year old cousin I mentioned above—he was staring at the picture and suddenly started yelling It’s Me! It’s Me! I couldn’t believe it! Apparently his mother, who was my great-grandmother’s sister, had mailed a picture of him in his military uniform to my great-grandmother and it had somehow ended up in my grandmother’s box of pictures! So very glad I brought those pictures with me!

In the center of the Comune di Misilmeri there is a square with a big fountain. It is called the Piazza Fontana Nouva and was built in 1772 (I think) in honor of a Catholic prince who liberated the people from their oppressors. The film crew wanted to film this connection between my Grandmother’s photo album and the real thing. We met some interesting people while at the fountain. One man who had taken lots of pictures around Misilmeri, saw us, asked what we were doing, and then gifted us with a calendar he had made from his collection of Misilmeri pictures. We went to the San Gaetano church that my great-grandparents attended. There was a wedding being held, as it was a Saturday, so we were only able to go right inside the doorway. We saw the houses where my family lived all the way back in the 1800’s. We then went to the cemetery, the only one for the town of Misilmeri, and went up and down the rows. They don’t bury people below ground here, and the cemetery is only 3 acres, so every 20-25 years, they have to remove the bodies from the tombs and put them in group tombs, to make room for more deceased. I saw the tomb of my great-grandmother’s sister, Caterina, who was Francesca’s mother, as well as Francesca’s father’s tomb, and those of other family members. We went to the Chiesa Madrice (Mother Church) where all the church records for the town are kept. We met the priest, who was very kind and spoke some English. He showed us the actual original books that all the information is kept in, back to 1625. Yes, the year 1625. I wanted so badly to sit down and start going through those books! But there wasn’t time and we weren’t allowed to touch them.

We then went to lunch at Antonino’s house. This is one of Francesca’s nephews. What a feast! We ate I think for 3-4 hours! It was really wonderful. We were at their country house, outside of Misilmeri, in the mountainside. They had a garden that was lovely, with green olive trees (for olive oil), squash (several varieties), tomatoes (lots), figs, pears, eggplant, peppers, corn, all kinds of yummy things growing. After this we made the rounds to more houses, to the homes of the Di Pisa side of the family (children and grandchildren of my great-grandmother’s sister, Francesca), and also found an Aiena first cousin who we did not know existed (thank you Giacomo for insisting that she was related!)! It was a very long day and we ate way too much! Thank you to all of my family for the incredible welcome and hospitality!

Our last morning in Sicily, we went to Monreale, another little town on a hill overlooking the city of Palermo, and did a little bit of sightseeing, shopping and filming. Monreale was lovely, and the Cathedral there is very impressive. We also stopped to see 2 churches in Palermo, including the Cathedral where my great-grandparents were married, according to my grandmother. What a place! The churches in Europe are so incredible with such beautiful details, statues and paintings. Before boarding our plane, we couldn’t resist a quick trip back to Misilmeri for more eating and house visiting. After we returned to Milan, we ate dinner at the home of Giuseppe and Teresa again, thankfully a nice light meal!

Our last full day in Italy, for tomorrow we fly home. We went with Barbara, her mom, and future mother-in-law for a fitting for her beautiful wedding dress. She was going to be married in October and her gown was being made at a local shop where the seamstresses are actually right there sewing the dresses. You pick out the style of collar, hem, sleeves, bodice, skirt, etc. that you like, and they custom make it, by hand, just for you. Incredibly beautiful.

We went to see her new home and the church were they are to be married in October, and we ate lunch at a spaghetteria. We drove into Milan, went in the Duomo, went in some shops, and then did some more shopping closer to Legnano. Finally, we ate again a wonderful meal that Teresa prepared for us and spent more lovely time with the family.

The next day we flew home, and reflected on what a wonderful trip we had, how fortunate we were to have been able to take part in the Ellis Island project, and how happy and delighted we felt overall!