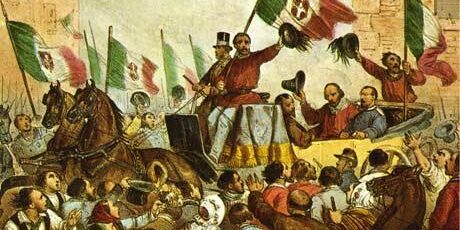 The interesting history of Italy’s Unification has an impact on where you might find records for people who married in Italy after 1866. Prior to Unification, Italy was separated into several different Kingdoms, Duchy’s, and Republics. The Catholic Church also held a lot of power and there was no separation of the Church and State.

In Southern Italy, specifically the Kingdom of Two Sicilies, birth and marriage records for the years 1820-1865 were recorded on pre-printed forms in the civil records office. These records have a column in the right margin that provides details of where and when a child was baptized or where and when a couple was married. Couples were not considered legally married unless they married in the church. (If you find a pre-1865 civil marriage record and the church portion of the record is blank, it’s possible that the bride and groom never actually got married.)

In contrast, for the years 1820-1865, in most of the northern parts of Italy that were under the control of other Kingdoms or Duchy’s, there are no civil records of birth, marriage or death. Instead, all baptism, marriage and burial records were prepared by the Catholic Church (Except for the period of 1809-1815, when Napoleon controlled most of Italy and he required civil vital records, but that’s another story).

This created a problem, because once the newly married couple started having children and went to record the births of their children, those children were considered illegitimate by the Italian government, because the couple was not legally married. Civil birth records that give a father or mother’s name, and say the birth was the result of a natural union with a woman/man who does not wish to be named are often a clue that the couple was not legally married. Sometimes the records will say the names of both the mother and father but will say they are not married to each other. In these cases, chances are if you searched church records prior to the first child’s birth, you will find a church marriage record.

After a few years, those couples who didn’t get married in the civil vital records office realized that this new Italian government wasn’t going anywhere and they needed their children to be legitimized. So they would go to the vital records office, get married, and often the marriage record will note all of their children that were still alive and they are legitimized with that record. Sometimes a note will be written in the margin of the original birth records as well, which is another clue if you find the birth record first. I’ve seen delayed marriage records all the way into the 1880s. Sometimes the parents did this when their oldest child was going to get married and they realized he/she was still considered illegitimate, so it could be even later than you think.

So, if your ancestors married in Italy or Sicily after 1866 and you can’t find their marriage record where it should be in the civil vital records, make sure you have church records searched. And also, make sure you check civil marriage records long after you suspect they married to see if they were faithful Catholics but skeptical italians who got married much later and legitimized their children upon their marriage.

For more information on the Unification of Italy, visit Wikipedia’s Italian Unification page.